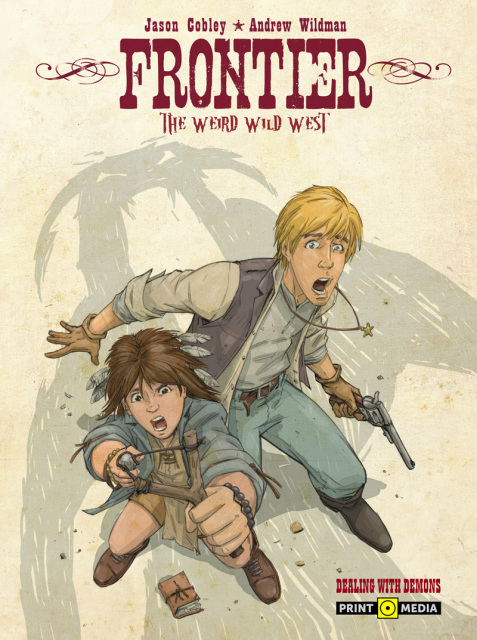 FRONTIER - Dealing with Demons - signed by the artist

'First published in the acclaimed Random House weekly comic "The DFC", Print Media Productions is delighted to bring you this collection of Britain's weirdest western comic - "Frontier: Dealing with Demons". Weaving an engaging, adventure-filled tale of derring-do in the American West, this collected edition of "Frontier" from Jason Cobley and Andrew Wildman includes additional feature material, including pages from Daisy's secret diary and reveals just how the story was created. "Frontier" - now being considered as a possible TV series with a pilot shot earlier this year - will appeal to anyone who's ever enjoyed a cowboy film or comic, but has an added fantasy element that will draw in plenty more readers. With great characters, werewolves, ancient gods and demons and a bad guy that bullets can't kill, there is plenty to enjoy.'
23x31cm hardback book